• Working Test Judges will bring the highest degree of professionalism to every test, whether acting as judge of that test, exhibitor, test committee, steward or spectator. We will remember that other judges, other exhibitors and spectators will look up to us to set an example in how we conduct ourselves. If we set a high standard for our own conduct, others will do likewise.

• We will provide impartial judging to all exhibitors. We will never show favoritism to those exhibitors whom we know personally, nor will we judge dogs exhibited by other judges according to a higher standard than we use for others entered.

• We are the mentors of this sport and we will judge all exhibitors by the high standard that has been set in the appropriate Regulations. We are conscious that we are looked up to by others who are in attendance at working tests.

• It sends the wrong message to others exhibitors to bring our list of “what ifs” to a test where we will be handling a dog. We know the rules already. Therefore, we should confine our questions to a few areas of clarification. We will not subject another judge to harassment during the question and answer period or during any other portion of a working test.

• If we observe situations where hostility or anger is directed towards another judge, an exhibitor or others, we will support any efforts made to diffuse the situation.

• We will refrain from “back seat driving” or tactics that “judge” those who were approved to judge a given working test. If asked whether we would have made the same decision on a given call, we should remind fellow exhibitors and spectators that ours was not the opinion paid for that day. We might impress upon others that close calls are made by judges from the angle they are observing the exercise or from the vantage point of their combined expertise.

• If we disagree with a judgment call made concerning our own dog, we will maintain a demeanor that sets an example for others. Whether asking the judges to review a given rule or whether we totally disagree with the judges’ decision, we will remain as courteous with one another as possible. Official avenues for disagreement remain open to us, whether formal Grievance, exhibitor evaluation sheets, etc., without compromising our standard of professionalism.

• When we accept a judging assignment, we are at the disposal of the test giving club for the duration of the test giving weekend. We will not accept judging assignments where giving the test club our total attention is interfered with by personal commitments or other time constraints for that weekend. We will make time to meet with the other judge to fully discuss rules and procedures prior to testing time. We will make time to be completely familiar with the test grounds in enough time prior to the testing time to make any changes called for in the Regulations or by the premium list sent to exhibitors.

• If we are assigned an observer for a given test, we will make time to discuss rules and procedures with him/her ahead of the test, and will answer and ask questions of the observer after the test is completed to be able to fairly evaluate his/her readiness to judge on the provided evaluations sheets.

• It is important to clearly communicate with the other judge, stewards and exhibitors. We will take enough time to make certain our directions are understood before proceeding on a given exercise. If an exhibitor fails, we will take a moment to explain the reason for the decision, citing the appropriate regulation to provide clarity. We will attempt to use a positive attitude in our explanations, mentioning portions of the exercise that were performed correctly, with flair or enthusiasm by the dog. When possible, we will encourage the handler to remain positive about the performance his/her dog has given, even if an exercise was failed.

• We will treat all exhibitors equally, whether novice or experienced, giving the same degree of encouragement, courtesy, empathy, sympathy and impartial judging according to the Regulations to the best of our ability. This is especially true when there is an additional connection between ourselves and individual exhibitors, such as breeder of our dog, good friend, host during the test weekend, etc.

• A judge should advise potential exhibitors not to enter under him/her when their presence or the presence of their dogs might give the impression of an unfair advantage. Some examples might include persons with whom the judge co-owns dogs, dogs who have been regularly trained by the judge, a judge’s employer or employee, or a relative as defined in Section 5. (NOTE this is a Board requested addition to the Code of Ethics).

* It is considered a violation of this code of ethics for a judge to share the open book exams sent to them by the NCA WDC every three years. It must not be shared with other judges or anyone else. 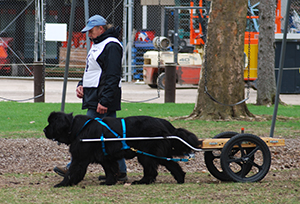 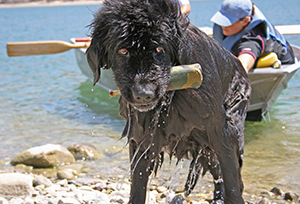